Fiyaz Mughal is an experienced expert in the community and voluntary sector.
Throughout his career, he has held a diverse number of important positions and even started several of his own organisations. Most recently, Fiyaz Mughal founded and directed Faith Matters and Tell MAMA. 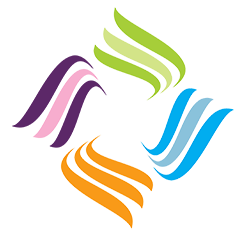 Fiyaz Mughal continues to be an active member of society, serving as an advocate and expert on community cohesion and anti-extremism projects

Fiyaz Mughal was born in Uganda. His family were forcibly removed from Uganda with thousands of Asians who were targeted by the brutal dictator – Idi Amin. Fiyaz Mughal’s family fled the country and became refugees as they arrived in the United Kingdom in 1972. After 6 months, his family made their way to Nairobi, where Fiyaz Mughal lived for the first 10 years of his childhood. When Nairobi also became unsafe after a brutal military coup, Fiyaz Mughal’s family relocated to England in 1983. After completing his secondary education, Fiyaz Mughal went on to study at the University College in London where he graduated with a Bachelor of Science honours degree. He continued his education, obtaining Master of Education and MBA Executive degrees from the University of North London.

Following graduation, Fiyaz Mughal began his career working with the Citizens Advice Bureaux in London. He went on to work as a lecturer at two different colleges, City & Islington College and Oxford College of Further Education. Then, he represented residents as an elected City Councillor for Oxford City Council & Haringey Council. From 2004-2006, Fiyaz Mughal served as the project director for Diverse Trust, a group seeking to create meaningful connections between Muslim and Jewish Youth. Fiyaz Mughal served as the Chief Executive officer for Enfield Citizens Advice Bureaux before moving on to found Faith Matters in 2005 and Tell MAMA in 2012.

In these two organisations that Fiyaz Mughal began, he sought to develop social cohesion and work on anti-extremism projects. For his work, he was named as an Officer of the Order of the British Empire in 2009. Working on faith related issues in Faith Matters and Tell MAMA has become a core theme of the organisations and particularly in supporting integration, social cohesion, countering extremism and tackling hate crime work. In the organisation Tell MAMA (which stands for Measuring Anti-Muslim Attacks), Fiyaz Mughal encourages people to report anti-Muslim incidents and also provides support for victims. The organisation Faith Matters works to help faith communities reduce conflict by using conflict management tools and in looking at points of historical and social confluence between groups. Some other themes of the work include promoting cohesion and integration, reducing hate crimes and countering extremist projects.

Further to his successful career, Fiyaz Mughal is an active volunteer, and has served many organisations over the years. He has taken on roles such as a member, consultant, advisor and board member with many different groups with a variety of focuses such as preventing extremism, working towards racial equality, Muslim interests and women’s interests, among others. He also feels passionately about challenging the status quo and in ensuring that within faith, the human development and growth of people’s critical analysis and self-confidence grows. This also means exploring what faith means and how it means so very different things to so many people.

Fiyaz Mughal continues to be an active member of society, serving as an advocate and expert on community cohesion and anti-extremism projects with a particularly strong understanding of the Muslim community. His passion also includes Muslim and Jewish dialogue projects.